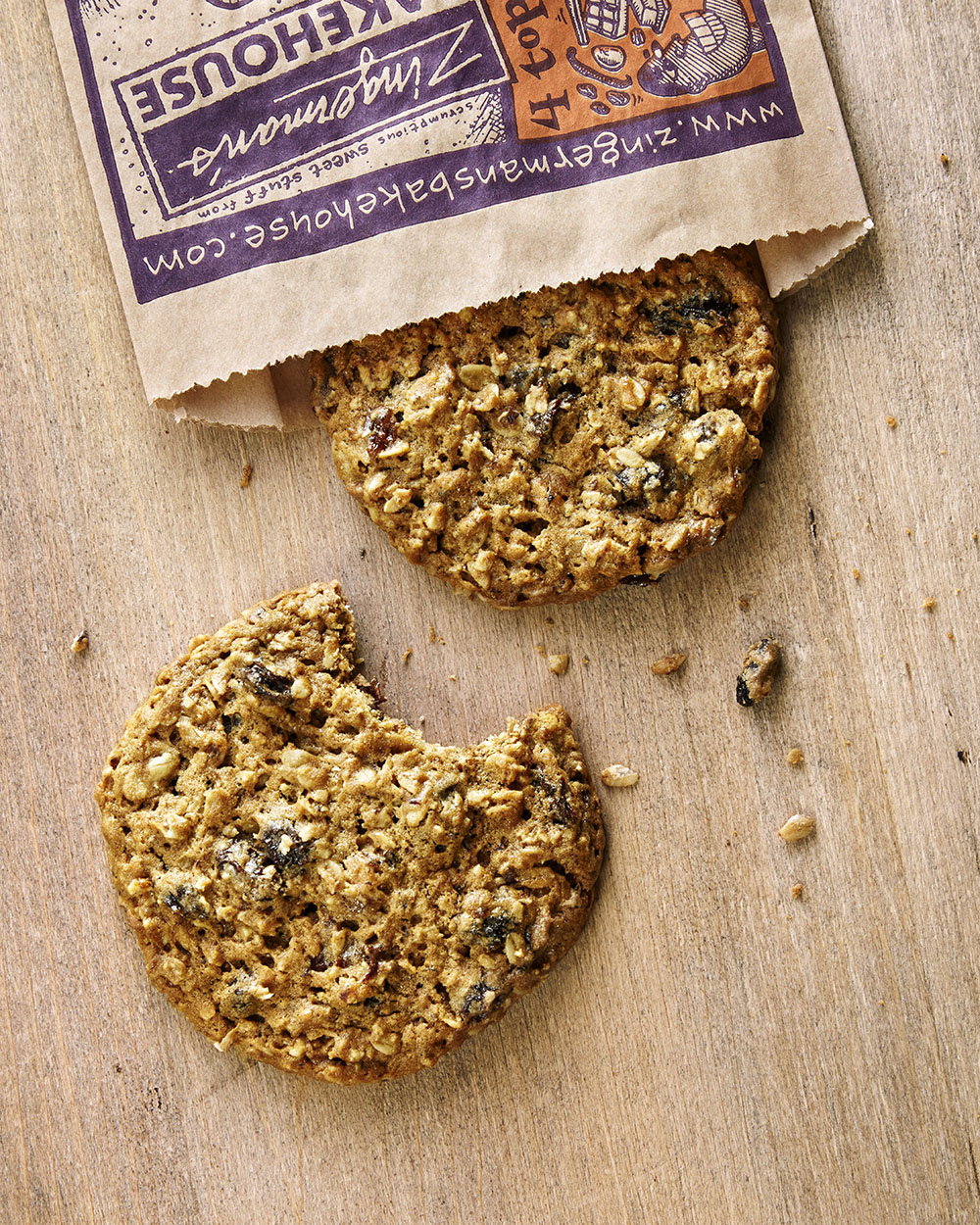 From Zingerman’s Bakehouse by Amy Emberling and Frank Carollo with permission by Chronicle Books, 2017

FRANK: This is my favorite Bake- house cookie and also our most popular. “Big O’s” had their start at Zingerman’s Delicatessen long before the bakery opened, and my appreciation for them started when I spent a summer working there.

I was taking a break from the restaurant world and decided to be a stay-at-home dad to my eldest daughter, Anna, while her mother, Kathy, taught school. (It was a great year, even though I had moments of trauma, such as singing “Head, Shoulders, Knees, and Toes” at play group.) To make a little extra money, and to get out of the house, I worked at the Deli for a couple of shifts every week. On each shift I managed to eat a Big O cookie. More than two decades later, I still love them. What makes them so good? The basics of real butter and real vanilla extract are certainly part of their appeal. The star ingredients, though, are the Michigan maple syrup, the old-fashioned rolled oats, and the super-plump Flame raisins that we use. The maple syrup adds an interesting and unexpected complexity of flavor, and the shape of the oats creates an appealing chewiness and a pleasing visual texture. The raisins are big and juicy, allowing them to be a major contributor to the cookie’s character. If you’re not a fan of raisins, substitute dried cherries or chopped dates.

2. In a large mixing bowl, with a wooden spoon, cream the butter with the brown sugar until it is light and fluffy. If using an electric stand mixer, use the paddle attachment and mix on medium speed. Add the maple syrup in thirds to the butter and brown sugar mixture, beating well after each addition. If too much syrup is added at once, it will be more difficult for the butter to absorb it all, and the mixture will look permanently curdled. Add it slowly and it will blend in easily. Add the egg and vanilla extract and
mix until thoroughly incorporated.

3. In a separate large bowl, combine the fl our, baking soda, salt, cinnamon, and nutmeg. Mix the ingredients with a spoon to evenly distribute the spices, salt, and leavening in the flour. Add the flour mixture to the butter mixture and stir by hand with your wooden spoon until evenly combined. If using an electric mixer, combine on low speed. Add the oats and raisins and mix until they are distributed evenly throughout the batter.

4. Using a 11⁄2-oz [48-ml] portioner, or scooping up about 3 Tbsp of dough with a spoon, form the cookies into round balls and place on a baking sheet lined with parchment paper. Gently press the balls to slightly flatten them out to 1⁄2-in-thick [1.5-cm-thick] disks. Since the cookies will double in size, leave plenty of space between them to give them room to spread.

5. Bake the cookies for 15 to 17 minutes, until golden brown around the edges and just set in the middle. Cool the cookies to room temperature.

Tip: This dough can be refrigerated raw and kept for a week. Bake the cookies right from the refrigerator. Expect to bake them for 2 to 3 minutes longer because they are cold.