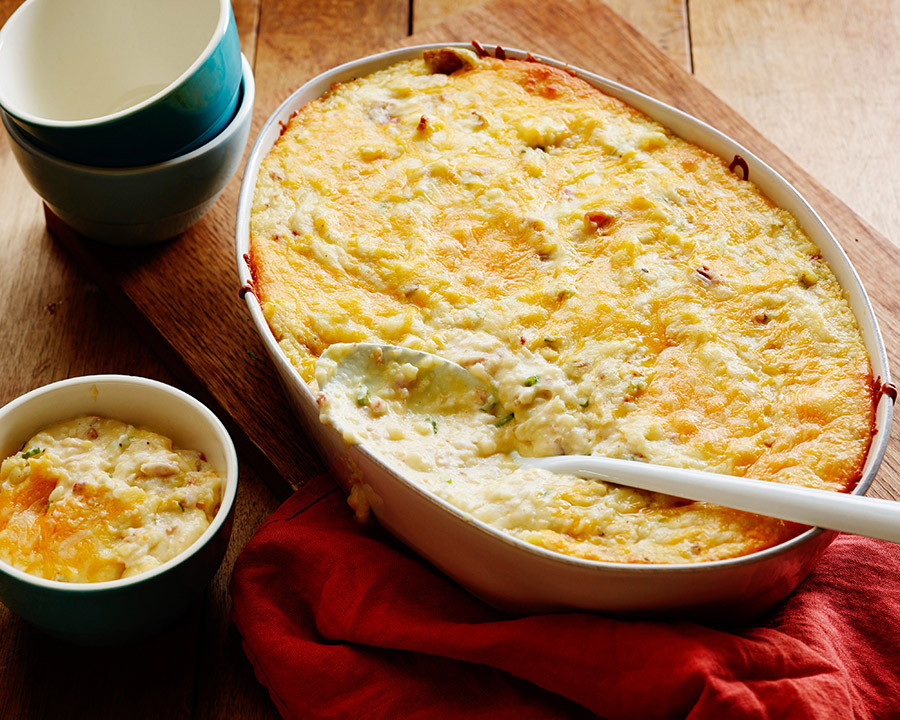 Either dairy or meat, this is a crowd pleaser! It’s old fashioned comfort food that is a great alternative to latkes.

In a large skillet, heat oil over medium heat. Add onions and cook until caramelized and browned, about 16 minutes. Remove onions. Add a bit more oil if needed, and heat to medium-high. Add pastrami, imitation bacon (meat or dairy) and cook until lightly browned about 4 minutes. Set aside.

Preheat the oven to 400 degrees F.

Scrub the potatoes, then place them on baking sheets. Rub the potatoes with the canola oil and bake until tender, 45 minutes to 1 hour. Remove the potatoes and lower the oven temperature to 350 degrees F.
Slice the margarine into pats and transfer to a large mixing bowl. Add the pastrami, onions and sour cream (dairy or non-dairy variety). With a sharp knife, cut each potato in half lengthwise and scrape out the insides into the mixing bowl. Tear up 3 of the skins and throw them in. Smash the potatoes with a potato masher. Add the cheese (if making dairy version), milk (dairy or non-dairy variety), seasoned salt, green onions and some salt and pepper and mix together well.
Grease an oven-safe baking dish, and then spoon the mixture into the dish, top with more grated cheese (for dairy version) or with bread crumbs and bake until warmed through, 25 to 30 minutes.