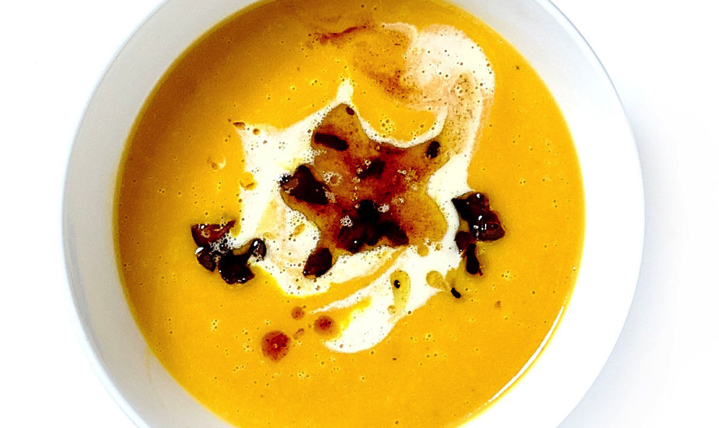 Heat 4 tablespoons margarine in a large heavy pot over medium heat. Add fennel, onion, carrots, potato, thyme, and bay leaf; season with salt and pepper. Reduce heat to medium-low, cover, and cook, stirring occasionally and reducing heat if needed, until vegetables are soft but not browned and have released their moisture, 45–60 minutes (this will give them deep flavor).
Add broth, bring to a boil, and season with salt and pepper. Reduce heat and simmer until potato is falling apart, 8–10 minutes. Let cool slightly. Remove herbs.
Working in batches, purée in a blender until smooth. Strain into a clean pot; season with salt and pepper.
Heat remaining 2 tablespoons margarine in a small saucepan over medium. Add chestnuts and cook, stirring often, until it is browned and chestnuts are toasted, about 4 minutes.
Mix Tofutti sour cream and maple syrup in a small bowl.

Do Ahead: Soup can be made 3 days ahead. Cover and chill.