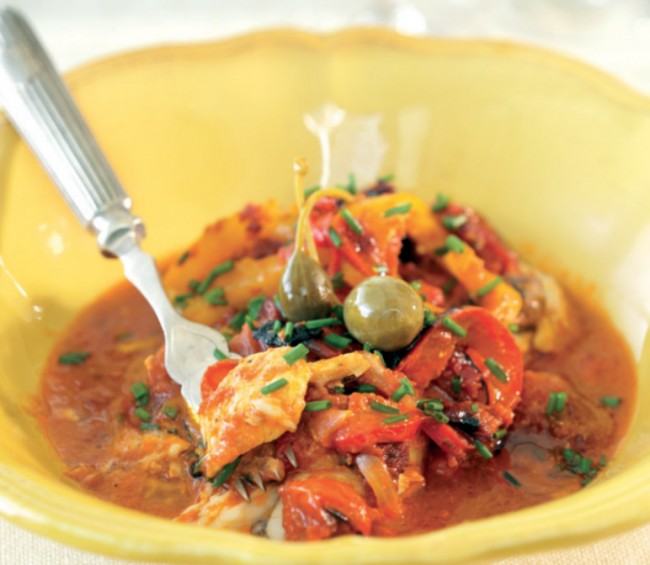 Recipe from One Egg Is A Fortune Cookbook by Judy Kempler and Pnina Jacobson.

Preheat oven to 180 degrees Celcius. Heat olive oil in a non-stick fry pan and saute onions until golden. Place onions in an oiled baking dish and top with fish fillets. Season with salt and pepper. Cover fish with capsicums and tomatoes.
Combine pasta sauce and red wine and pour over fish. Cover with foil and bake for 35-40minutes until fish and capsicums are cooked.
Serve, garnished with chives and caperberries

Note: This recipe also works well in a covered BBQ