I’ve seen quite a few television shows being taped and wow! Rachael does everything, in one take. The interviews are natural and engaging, the shopping sections are personal and fun and of course the cooking segments make it look so easy. She has a lot of fun with the audience but clearly seems to have a vision and exact idea of how she expects the quality of the show to go.

After the show, we got an amazing tour of the set, backstage, “green rooms”, the test kitchen, the pantry (heaven! see all the pics) and of course, Rachael in her office in the studio. Ahhhh! So cool. She was friendly and took a quick photo, squeezing it all in between her many roles.

Rachael Ray is hosting 3 televisions shows, running her magazine, launching a new book (New book release! My Year in Meals, twelve month’s of Rachael’s homemade favorites, plus A Year in Cocktails from her husband is included!), a cookware line and working on numerous other endeavors including her charities.

While we were there on the show, Rachael made Proscuitto Wrapped Chicken with Sweet and Salty Stuffing. I did the GKC makeover to make it kosher and the results are terrific!

See all the pics below, check out her new book , and try the GKC version of Rachael’s recipe below. Many thanks to Rachael Ray and her entire team for such a fun day. 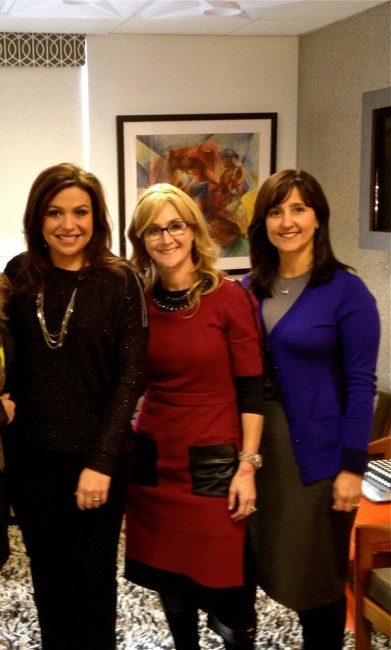 Rachael Ray and Elizabeth and Arielle 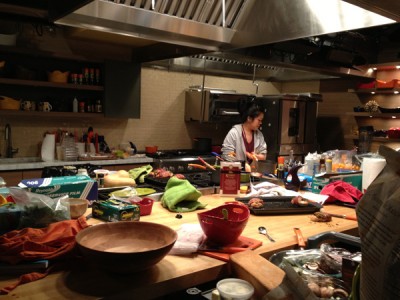 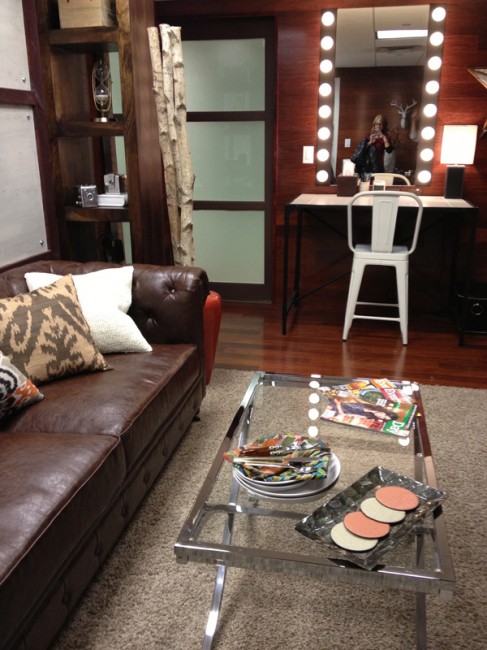 One of the many lux rooms for guests of the show 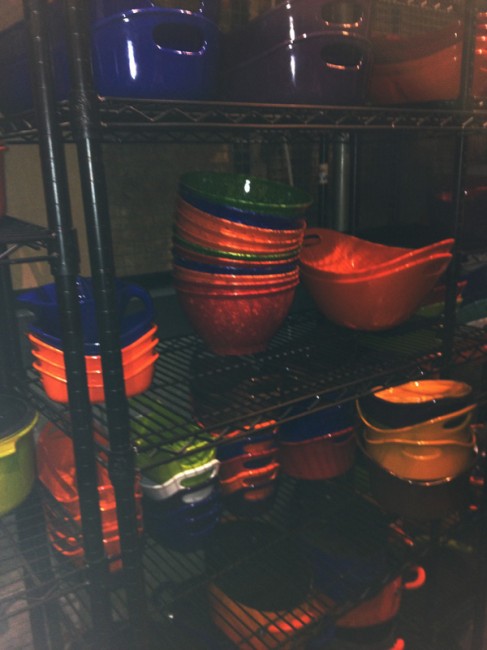