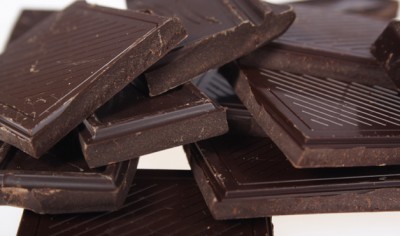 THURSDAY, March 24 (HealthDay News) — If you can handle the fat and calories, there may be a health benefit to enjoying dark chocolate on occasion. New research suggests that the cocoa ingredient may lower blood pressure and cholesterol levels while preventing diabetes and improving the health of blood vessels.

So why not chow down on a candy bar or two every day? Here’s the rub: Scientists aren’t sure whether the downsides of cocoa consumption — such as potential obesity — could outweigh the benefits.

The research relied on mostly sugar-free dark chocolate, not the kind of chocolate normally found on the candy shelves. Participants who ate the chocolate, which contained cocoa rich in substances known as polyphenolic flavonoids, did better in several areas, including blood pressure. Levels of bad cholesterol went down in those younger than 50, and levels of good cholesterol went up.

The findings, which came from an analysis of data from 21 high-quality studies that included a total of 2,575 participants, were scheduled for presentation Wednesday at an American Heart Association conference in Atlanta. Experts note that research presented at meetings should be considered preliminary because it has not been subjected to the rigorous scrutiny given to research published in medical journals.

It remains unclear, the researchers said, as to just why chocolate appears to have the effect that they found. It’s also not known how much people would need to eat to get the benefits.

Then there’s the cocoa itself, another possible complication.

“The research looks at the benefits of cocoa and used a very specifically prepared cocoa,” said Lona Sandon, assistant professor of clinical nutrition at the University of Texas Southwestern Medical Center at Dallas. “Cocoa is an ingredient of chocolate. How the cocoa is processed makes a difference in whether or not the chocolate drink or bar it is contained in will have health benefits.”

“In other words, not all chocolate or cocoa is created equal,” she said.

Though chocolate in moderation may be fine for many people, Sandon said, there are better and healthier ways to boost heart health.

“Weight loss is king when it comes to preventing high blood pressure and improving insulin resistance,” she said. “I do not see cocoa having the power to overcome poor health habits.”

However, she said, there are ways to add cocoa to the diet that may keep fat and calories under control — such as drinking hot cocoa with skim milk, adding dark cocoa powder to the top of a cappuccino and using cocoa powder in recipes.